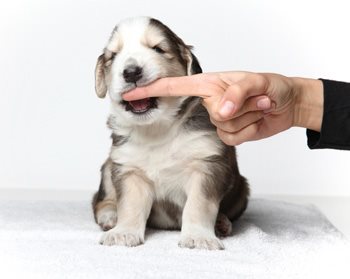 A dog bite can result in personal injury and/or property damage; due to the fact that an animal bite is an action of an instinctual creature lacking reasoning and communicative skills afforded to human beings, the legal recourse of dog bites can be complex. Within the scope of dog bite laws, there exists a vast amount of aspects, factors, and circumstantial components comprising an event in which a dog bite has taken place.

Pet Owner Responsibility
Not only the liability – but the legislation – surrounding a dog bite varies from state to state. While the actions of a pet are considered to be the responsibility of the pet owner, there exist two types of fault when exploring dog bites:

1. Dog bites that cause personal injury or property damage resulting from animal with no prior behavioral issues or complaints are weighed differently than dog bites resulting from dogs who have been:

Trained to bite, attack, or inflict harm – with or without provocation

Abused or neglected by the owner

Abused or provoked by the victim of the dog bite

2. In many cases, witness testimony weighs heavily in court cases surrounding dog bites. In the event that there exists a general consensus reported by neighbors, family members, or other witnesses illustrating a dog’s behavior, that consensus is taken into account. A normally mild-mannered dog that attacks an individual will be handled differently from a dog that has been trained or permitted by its owner to attack; the owner of a dog that has been trained to bite and attack can be tried for assault.

The prospect of reporting a dog bite can pose potentially-undesirable ramifications; many individuals who have sustained dog bites worry that reporting the offending dog will result in canine euthanasia, sullied relationships between neighbors, or vicious lawsuits. Dog bite cases in which a dog seemingly acted inexplicably vicious or violent can be solved with court mandated animal training. Furthermore, pet owners insurance will oftentimes handle a claim resulting from an isolated incident, which negates a need to bring the specific dog bite case to trial.

The one bite law is a piece of legislation regarding dog bite cases that has been adopted by a number of states, such as Alaska, Hawaii, Oregon, Idaho, Nevada, North Dakota, South Dakota, Kansas, New Mexico, Texas, Missouri, Arkansas, Mississippi, North Carolina, Virginia, Delaware, Maryland, and Vermont. While the responsibility of the dog bite most often falls on the pet owner, the liability within ‘One-bite states’ is determined after the first instance of a dog bite. The one bite law is comprised of two methods of analysis upon determining liability:

1. The previous behavior of the dog; this can be illustrated through the testimony of both the owners, as well as neighbors.

Attorneys specializing in dog bites – in addition to additional claims involving pets – are well-versed in the legislation surrounding dog bites; a dog bite attorney can both assist is the assessment of the injury and/or damage resulting from a dog bite, as well as the negotiation of the lawsuit.