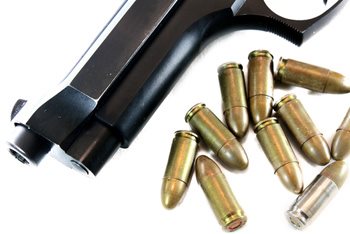 Wrongful death is a legal term that classifies the event of an untimely or premature death as a result of the actions of another entity. Wrongful death is clearly delineated from murder due to the fact that a wrongful death claim falls under the jurisdiction of civil law, while murder falls under that of criminal law. The confusion surrounding wrongful death and murder, in addition to the divergence that occurs in the two separate disciplines of law, has accounted for many of the most famous trials that have occurred within the United States. Contact wrongful death lawyers for legal advice and assistance.

Difference #1: Wrongful death falls under the scope of civil law, which means that it is brought forth via civil charges. Civil charges must be accompanied with overwhelming evidence in their proof in lieu of ‘beyond a reasonable doubt’, which is an inherent quality in criminal lawsuits.

Difference #2: Wrongful death is the civil law incarnation of murder, which is tried in a criminal court. While criminal laws can bring forth punitive measures such as incarceration, civil law judgments can only be settled in compensatory measures.

Difference #3: While injury can be tried by a criminal court, wrongful death must be tried in a civil court.

The Function of Wrongful Death

Wrongful death allows a murder charge against which judgment has been ruled to be retried in a civil court. For example, in the event that an individual was acquitted for a murder charge in a criminal court, they can be retried in a civil court for a wrongful death charge. Due to the difference in protocol of evidence requirements – civil law requiring overwhelming evidence, while criminal law demands absolute evidence – the parameters for judgment differ. While an individual acquitted from a murder charge can avoid criminal sentencing, in the event of a guilty finding in a civil court, the plaintiffs may be able to collect compensation.

Technically – albeit etymologically – the notion of wrongful death and murder differ in their latent meaning(s), yet in a colloquial forum, their differences reside solely in semantics:

Murder: “Individual B murdered individual A”

Wrongful Death: “Individual B is responsible for the wrongful death of Individual A”

Subsequent to a decision that there does not exist a sufficient amount of evidence to bring a case to criminal court, many individuals choose to bring a case to civil court. The consultation with an attorney specializing in criminal law, common law, or civil law is encouraged for those unsure in the procedure for deciding between filing a murder charge and a wrongful death charge. Legal specialists can lend their expertise regarding case details and investigation in order to determine the most salient legal option.